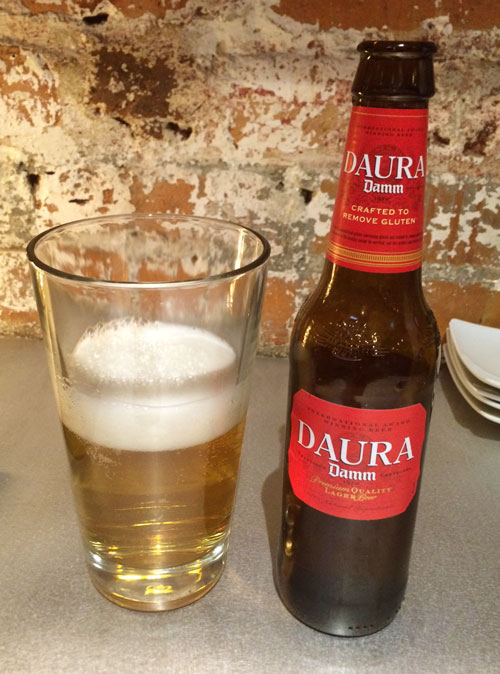 Because barley is used instead of sorghum, this gluten-removed lager taste much more like you would expect a beer to taste like.

I was lucky enough to taste this beer early on, before the other gluten-removed hit the market. At that time I was enamored with the taste. It was the first beer that was brewed with barley that I was able to taste in over 10 years. I hadn’t realized it before, but the taste that I was looking for in other gluten-free beers was in fact barley. Estrella does a job of making sure you don’t miss it here. It’s taste is a major feature of this beer.

This is the type of light lager that you may expect from Europe. It is a beer that isn’t over-bearing, and is great for drinking at outdoor events.

This beer is light and bubbly in appearance, and has a strong “malt” flavor it it. It finishes smooth, and is very drinkable.

Made using barley malt, but is reported to have less than 6 parts per million (ppm) of gluten.
Less than 20ppm is generally considered safe for people with gluten intolerance & Celiac disease. 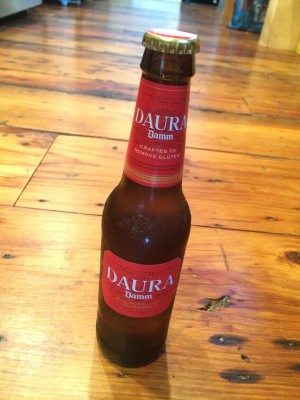 Body is slightly caramel color with a light bubbly head. There is a small amount of visible bubbles in the glass. The smell is strongly floral from the hops. At the first sip I tasted was a dry and bitter, quickly replaced by the hoppy taste. The finish is very smooth with a slight bitter aftertaste. This clean finish is not at […]

I’ve been meaning to try this organic Belgium artisanal ale for several years, but it isn’t readily available in the area of North Carolina where I live. When I ran across it recently I bought a bottle right away. After trying it for the first time I wish I would have brought a six pack. Brunehaut […]

Omission Lager has become on of my staples. Because it has been picked up by so many grocery chains, it is one of the beers that friends and relatives will often have ready for me if I’m visiting their homes. This gluten-removed beer has that barley-taste that many long-time gluten-free people (like me) miss, and the […]

The bold, dark flavor of this beer took me back a moment. Is this a new flavor? No, I’ve tasted and enjoyed beer this dark before, but it’s been so long (12 years) I had forgotten the taste! I’ve had a handful of dark gluten-free beers, but none that had hit those right notes that […]

Not everyone likes India Pale Ales (IPA’s), and that’s because they can be very overwhelmingly dominated by the strong, flowery, yet bitter taste of hops. However, for those of us who like IPA’s, we really like them! If you are a fan of IPA’s, then I think you’ll like this one. The Story Behind India Pale […]

I’ve been hearing rumors that the local Trader Joe’s finally had a  gluten free beer in stock. Since there isn’t a Trader Joe’s in out town I asked my brother to pick me up Trader Joe’s Gluten Free Beer and he came back with this NGB gluten free Lager. I asked him why he didn’t bring me back […]