In the past several years, the gluten-free beer market has been transformed by better, more authentic-tasting gluten-removed beers. The reason that these types of beers taste more like “real beer” is because, like most “regular” beer, they are brewed with barley. “Barley?” you say, doesn’t that have gluten in it?”

Yes, it does. However after brewing, these beers go through a gluten-removal process, that chemically removes all of the gluten out of the beer, but leaves the flavor of barley. This process is done with an enzyme called Brewers Clarex™. This enzyme was originally created toe reduce “cloudiness in beer. Once it was being used an unexpected side effect was discovered; the beers using Brewers Clarex™ were testing as “safe” gluten levels. A safe range is generally considered under 20ppm (parts per million).

“That’s great”, you may say. BUT not for everyone. Although these types of beershave the gluten removed so that they test at the level of less than 20ppm, many people with celiac disease, including several friends of mine,  report that they get sick, or “glutened” from drinking these beers. That is obviously not so great.

Recently there was a study done by a five experienced Doctors and researchers through the Gluten Intollerance Group (GIG), called The Celiac Patient Antibody Response to Conventional and Gluten-Removed Beer.  This study found that a percentage of people with celiac disease are likely to have a gluten reaction to a gluten-removed beer. 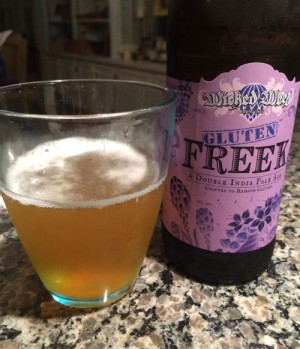 “The medical and scientific community has not validated or accepted that these low-gluten or gluten-removed beers are safe because available gluten testing methods have not been sufficiently accurate with fermented and hydrolyzed products,” said Cynthia Kupper, CEO of GIG.

For these reasons, I advise caution for anyone with celiac disease before trying a gluten-removed beers.

If you prefer to see our safer reviews of gluten-free beers, click here.