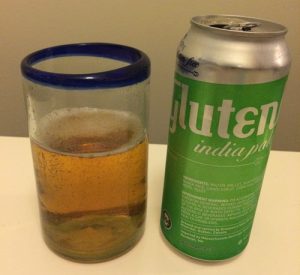 Not everyone likes India Pale Ales (IPA’s), and that’s because they can be very overwhelmingly dominated by the strong, flowery, yet bitter taste of hops. However, for those of us who like IPA’s, we really like them!

If you are a fan of IPA’s, then I think you’ll like this one.

The Story Behind India Pale Ales

I’ve heard this story told several different ways, but the following is the story as I understand it.
In the 18th and 19th centuries, India was a big outpost for Britain. British sailors and soldiers stationed there wanted beer. It was said that brewing conditions in India were no good, so merchants from England decided to send beer to them. Back then the only way to send beer was to pack kegs in ships for the long, slow journey. Normal beers wouldn’t hold up long enough to make this long trip, and still be drinkable when it reached its destination. If this pale ale was going to make the trip it would need a preservative to hold it, and keep it good for several weeks beyond standard beers. Well, it turns out that there was already a preservative in beers, they just needed (a lot) more of it. So huge amounts of hops, and a good deal more alcohol were added to these ales. both hops and alcohol work as known as preservatives. The hops and the long sea journey changed the flavor enough that this beer needed a new name. These India Pale Ales, (AKA: India ale, pale India ale) were brewed this way, and sent to British soldiers in India, until folks in England got a taste and wanted more. Later similar brews were exported to the United States.

Glutenberg has done a remarkable thing with this India Pale Ale, they have made a legitimately good-tasting beer with no barley and no sorghum. I’m certain that other gluten-free breweries are scrambling to figure out how the heck Glutenberg pulled it off!

Smell: the first thing I smell is the undeniable order of hops, the citrusy, floral, almost Christmasy, hops are fragrant and dominant.

Body: medium-bodied with a foamy and dry feel. 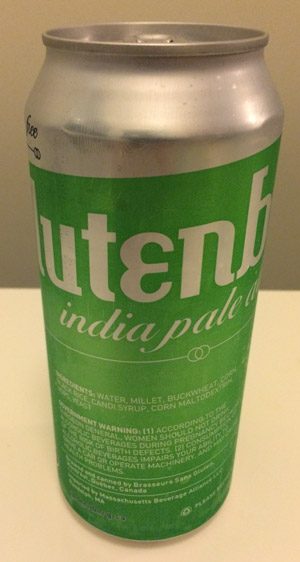 Served in a 16oz can
6% alcohol by volume

Winner of the Gold for Best Gluten Free Beer- 2016.

The flowers on the label aren’t just there for decoration, they seem to be a reflection of the contents in this hoppy gluten-removed beer. This self-proclaimed “West Coast Style” India Pale Ale has a light-blonde color and a strong, flowery, lavender smell.  In fact, my wife said, “It smells like purple.” This double IPA really does has double the flavor of some […]

If there is one type of beer that I really miss from my “normal” beer drinking days, it’s dark beers. I’ve yet to taste a gluten-free stout or porter. There are a few dark beers out there, but there isn’t a good selection and many are hard to come by. After tasting Gutenberg’s red ale I’m […]

New Planet Brewery, known for its sorghum-based gluten free beers has brought us something new and different. Perhaps this gluten-removed brew is called Seclusion because its so far and different from New Planet’s other gluten free offerings. To further differentiate this beer they have offered it in a 12oz can, not a bottle. In fact this may […]