The Gluten Free Beer Guide is a project of Jeff SanGeorge. Jeff has been looking for a good gluten-free beer ever since he was diagnosed with celiac disease in 2004. With the new gluten free offerings out there today he may have just found a few!  At Gluten Free Beer Guide we are dedicated to bringing you solid information and helpful reviews on the gluten free beers that are available in the U.S. market today. 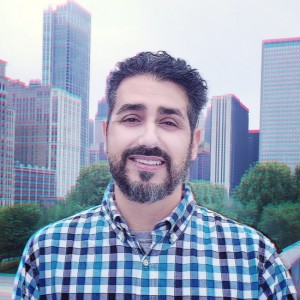 Jeff SanGeorge, Gluten Free Beer Taster. You can tell by his beard that he is serious about beer!

Jeff began blogging about the gluten free diet in 2007 with GoodWithoutGluten.com, where he published over 55 gluten-free recipes. In 2011 Jeff created GlutenFreeinNC.com a resource for living gluten-free in North Carolina. Jeff is also the organizer behind the Greensboro Gluten Free Support Group, a monthly discussion group for people maintaining the gluten-free diet.

Jeff has lived in several cities in the Eastern US, and now calls Greensboro, NC home. He is married with three young kids and an amazing wife, all of whom are supportive of his gluten-free diet. Jeff loves to cook, garden and play sports with friends and family. By day Jeff runs a small strategic digital marketing agency called Magnetic Ideas that works with organizations and brands to carry out business objectives on the web.